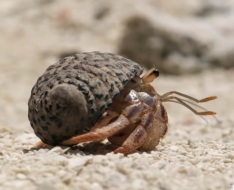 Last Friday was the long awaited UK Blog Awards ‘Ceremony’. As you may or may not know I was selected as one of the eight finalists that entered my particular category.

With the absence of any health categories ‘Wellbeing’ was the nearest I could select, but not ideal. The only other choice would have been ‘Lifestyle’.

The Blog Awards not coming home

It was not a ceremony in the traditional sense as it was a live streamed event. The reason behind that decision was that finalists would be travelling from far and wide and spending a great deal of money to attend a show. I personally would have been happy to do that but hey. Instead I sat at home with a lap full of food contraband and waited anxiously for them to go through the results. ‘Wellbeing’ the category that I was in was second to last but I sat glued through the whole event. I don’t get nervous but I definitely got a twinge as the presenter was introducing the finalists in my group.

And then it went, even quicker.

The ‘highly recommended’ and finalist awards, to two other bloggers to be precise.

Well the stats are there were 10,000 entrants in total, 900,000 votes and 110 in the ‘Wellbeing’ category. and I was a finalist with a blog that had been around for less that six months.

Of course I was not feeling that on Friday night. I had a proper sour puss time but eventually shrugged my shoulders and smiled.

I do realise that it is a fantastic achievement and I want to thank everyone again that voted for me.

The most important fact is I believe that I could be helping someone, even if it’s only one person.

Getting your house in order

I have wanted to talk about health insurance for quite a while now, I just never had the appropriate place to add it in. If you go ahead and type ‘Serious Illness Cover’ in your search engine.

99% of the results will be about ‘Critical Illness Cover’ either directly or indirectly. If you are lucky the link may come up with another result but otherwise you will find other companies have just used the word ‘serious’ as an ad click word.

Over two years ago I responded to an ad to do a financial and insurance health check. This company in particular (I am not going to give them free publicity 😊 ) was also looking for ‘financial educators’ and I thought that could be something that Annette would like to do as a side-line while she was on ‘preggy’ leave.  Prior to that point we had been paying into the banks insurance policies – contents, critical illness cover and life insurance, as you do. You go into a bank and say you want to protect the family should you get ill.

“Ahh Mr Ellis you require our critical illness cover then. This will protect you and your family should you become ill”.

If you are very unlucky you may not have any insurance and if you do eventually get prostate cancer you may fall into financial difficulties. If you have ‘Critical Illness’ cover you may receive a partial pay-out or at worse be excluded. While I was looking at some chat rooms some patients were saying that they had to have a particular Gleason score before they could expect a partial pay-out. The insurance companies are waking up fast. They are not in the business of giving out money.

I was lucky as I had changed my insurance long before knowing anything about prostate cancer. Back then it was something that was not on my radar and only someone else and old people got it. Once I was diagnosed, I made a claim. I didn’t know what to expect.

After a nervous back and forth with telephone calls they announced that I would indeed be getting a payout. A very nice one in fact that meant that the credit cards were cleared and at a time when I was preoccupied with cancer,  bills were not something that I had to worry about. There were absolutely no money worries.

I hope you never need it.

I was at a networking event and one of the area managers of this particular insurance company was giving a talk – I knew of him before but didn’t know he was an area manager. He knew that I had taken out insurance a while back but didn’t know to what extent. He was eventually pleased to see that I had indeed taken out the ‘serious illness’ cover. We had a brief chat and I told him I was happy to share my story at any of his events (he said he would love that but nothing has come of it) and he shared a story with me.

He said he went to see a married couple and gave them the same presentation that we had a couple of years ago. The wife could immediately see the benefits and wanted to sign up there and then. The husband wanted time to think and think and think. He never stopped thinking about it in fact. A couple of weeks later he went for a health check.

You know what I am going to say next – right?

Rest assured if you are unfortunate enough to be diagnosed with prostate cancer you will be lucky if any insurance company will even return your call.

If you are new to prostate cancer and have not yet been tested get your insurance in order.

It was another one of those requests that came to PCUK for someone to deliver an Awareness Talk. I did a double take and smiled as it was actually my own surgery, where my fortunate/unfortunate journey began.  They had acquired a couple of other surgeries and this talk was to be one of the men’s health initiatives, following on from a number of talks they had done for women.

I was introduced to the lovely office manager Danielle and she asked me about my story. I told her the outline and in the next couple of days she had read my entire blog. It also turns out that she knows the office manager of the health clinic where Dr O had asked and then put me forward for the PSA test.

I have been trying to track him down to thank him.

Who knew it would be so long and hard. Well he has my number now but I still have yet to hear from him. That will be another story.

Over the next week or so we bounced ideas off each other. She had devised some really great posters and had hit the local social media hard. She was expecting a good turnout. We were both excited, it was going to be a really good talk.

Just one little snag decided to make its appearance. Football, or Champions league football to be more precise.

On the same day that we had scheduled our talk, Manchester United decided they were going to have some little old football match. Danielle told me that she had started to see the numbers drop off. It was beginning to look like it was just going to be myself and her staff on the day.

Fifteen minutes before the talk and there were a grand total of four men in the audience. Well I had spoken to lower percentages so at least it was not empty. They kept trickling in, ones and twos and they didn’t really stop until I stopped talking. At the end there were just under fifty people in the audience. The make up of the audience was five staff, four women, three white men and the rest were black men. Other than staff there were no men under forty.

I would say it was in my top three talks. There were not a lot of questions or stories for the audience, certainly nothing thought provoking. I have now developed an extensive list of real life examples that I can weave into my talks.

I am just in a very good place.