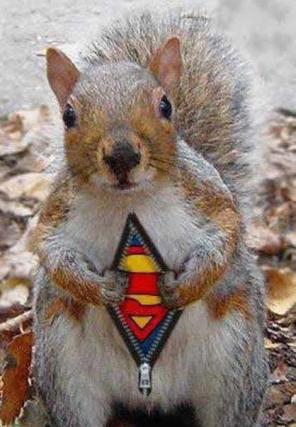 Without the mobility restrictions of the dreaded catheter I was determined to be more mobile than before. Stuff exploring, converting hidden tribes, climbing mountains, the paper in the Lancet and everything else. This was going to be all about me now. I don’t know if it was a celebrity quote, something a superhero had said in a movie or I have just plain made it up but ‘freedom has a price’. That price for me was having to carefully plan each journey so that I could always ‘powder my nose’ either en route, at the half way point or immediately at the end of the destination. Of course it was never going to be so simple (I just don’t do simple, somehow). There was another price to pay.

As I have had to temporarily return my pass to that exclusive men’s club ‘the fire and forget fraternity’. That meant I could no longer pee on a wall, fertilise a bush or lubricate the wheel of a lorry (yeah before you say a word I am certainly not the only bloke that has ever done that so don’t judge). Instead I would have to find a cubicle to change the pad as well. Look I’m not cheap but I am also no fool. I was not going to be spending five pounds on a posh cup of hot coloured water just so I can get a potential upgrade on the cubicle experience.

Ladies I know you have to do this but if your toilet cubicles are a fraction of how the men’s look and smell like I feel it for you. I have had the misfortune of seeing all manner of unspeakable horrors and my nose hairs will hopefully and eventually grow back one day. Some of these places have been visited by something other than human I have concluded. Some needed to be condemned while others needed divine intervention. One experience placed me next to a gentlemen who had a thing for humming along to every song played over the loudspeaker while he was doing his thing. If you can imagine rhymic pooing then you have the idea. Not  something you really want to experience when you are just trying to get out of the place. Some of the cubicles are so small that I would be forced to touch and bounce off the radioactive walls. The memory still brings back shivers

Ladies I salute you all.

I had been doing the pelvic floor exercises three times daily for ten minutes since the removal of the catheter, this is something that I will have to do for the rest of my life. It’s something women who have had families have been doing for generations as all of the pushing while giving birth may weaken these muscles and having these strong keeps everything in place and tight (I have been told as a bloke to ask no more than that). Other that the promise of an award winning performance under the sheets, if its developed, it’s a muscle guys don’t really think about. For someone who has had their prostate removed it replaces the function of the valve that has been removed during surgery. I have noticed a few changes after nearly a weeks worth of pelvic floor exercises. One of the main being I seem to be able to retain more so it’s only baby steps but at least it’s in the right direction.

It was important to start getting back into a routine and I wanted to be able to write in peace and outdoors. As I could venture back into the forbidden food list a hot chocolate from my previous fast food stablemate and best buddy was in order. As I had to walk through the local park at the same time I could combine the two. What a jolly good idea. The park had not too recently undergone a transformation. It had been made a lot more child and family friendly whilst also undergone widespread landscape changes. They had also increased the concreted areas to facilitate farmers market stalls. It actually looked quite impressive. Unfortunately it is also a park plagued with drunkards who rapidly flocked back to enjoy more scenic surroundings with their black bags of liquid fun. The great thing about drunkards however is they are generally not early risers so this early morning routine would mean we should not really mix.

I returned with my hot chocolate and found an empty bench. We were in the middle of a recent heatwave. I sat in God’s creation and marvelled. The sun gently warmed my face, there was barely a cloud in the sky. Workers shuffled by to their destinations, the traffic gently purring in the distance around me. The soft breeze swirled gently and caressed my face. In the distance a mother is playing football with her kids. While her youngest boy is clumsily plodding after pigeons it will never catch. The birds chirped effortlessly in beautiful tunes. The bees hovered by sampling the sweet plants. Time slowed as complete peace took its place. Other than people walking through, the park was quite empty. I turned my head and said a hearty good morning to a stranger. He smiled and reciprocated.

Something strange happened. To this day I still have absolutely no explanation. By now you may have gathered one seems to be a magnet to such things.

Next time I see Dr C I have to ask if the removal of the prostate has anything to do with peripheral vision.

I had taken another sip of my hot chocolate only to realise that I had been joined at the other end of my bench. I never even saw him coming. I don’t believe in little green men but I am telling you teleportation does exist.

I was a little startled to say the least but I didn’t show it. Now I don’t own the park and it’s a free country. He was perfectly entitled to join me on my bench despite the fact that there were twenty others that were completely empty and he had to pass at least two of these to join me on mine.

So, of course it got a little stranger. Come on now this is me!

My uninvited guest was a black dude wearing smart black trousers and a crisp white work shirt. He was also wearing house slippers. I don’t mean the flip flop type which have become fashionable but the fully enclosed type your granddad would wear.

Oh, did I forget to mention that he also had a crash helmet on.

Not the sort you would use on a motorbike but a soft, white, snugly fitted one which had hundreds of individual protective squares stuck on it. Not being an expert in such matters I guessed it was the sort of helmet you would give to someone who had a tendency to bang one’s head on something solid, deliberately and repeatedly or he was off to a comic con convention.

I took a few sips of now very un-chocolately hot chocolate while I processed the last two minutes.

He of course interrupted my thought process. He shot up and shouted out,

“Bitcoin is not a legitimate currency”

You could not make this up!

He then sat back down and began to gently shake. More than a tremor but you couldn’t mix a milkshake on his lap but he was building up to it.

I am not a man of violence. He was my height and build and I could take him if I my life depended on it. However that would be the fully fit version. A warm hot belch from him in my direction would certainly unsteady me. We have not even mentioned my half full warm pad.

Tactical retreat back to my mums.

Not to be put off by the first day of my routine. The next day I jumped right back in again.

I returned with my hot chocolate and found an empty bench, this time leaving three empty benches before me as a buffer. We were in the middle of a recent heatwave. I sat in God’s creation and marvelled. The sun gently warmed my face, there was barely a cloud in the sky. Workers shuffled by to their destinations, the traffic gently purring in the distance around me. The soft breeze swirled gently and caressed my face. In the distance a mother is playing catch with her kids. A little toddler is being chased by fed up pigeons. The birds chirped effortlessly in beautiful tunes. The bees hovered by sampling the sweet plants. Time slowed as complete peace took its place. Other than people walking through, the park was quite empty.

I turned my head to see a couple of grey squirrels fighting. Mummy squirrel was berating daddy squirrel and he had climbed half way up the tree trunk to escape. Perhaps he had hidden a stash of nuts that he didn’t tell her about or had been seen with that loose red squirrel in the other tree. Mummy squirrel didn’t follow him up the trunk and instead took her anger out with the nearby pigeons, who wisely scattered in her rage. She was in a really foul mood or maybe I had misread the signs and maybe she was just very frisky.

Got it!  Mummy squirrel was actually a humongous dirty rat. I will be withdrawing my application for David Attenborough’s replacement.

We locked eyes, as you do. Mummy rat then, with all the sweet time in the world, slowly swaggered sideways backwards into the long grass without breaking eye contact.

The damn rat actually had swagger! The final look to me before she disappeared was ‘you don’t want to be there when I return’.

I wasn’t. Stuff your bench and your dirty poxy park! I hope one of the drunkards mistakes you for a very fresh piece of fried chicken and takes a chuck out of your fat butt.

I now took my hot chocolate on carefully planned buses. I knew the points where I could leave the bus and powder my noise if I needed to. Loud and unruly minors, smelly passengers, people who didn’t know how loud they are on their phones and plus sized people hogging multiple seats seemed much safer than dodgy currency traders and mutant rats. I could finally get on with the process of writing the blog that you are reading.

Oh, and a couple of days after the mutant rat episode I was able to momentarily stop the flow for the first time.

I know means nothing to you but a great boost for me.